-
HOME USE ONLY-
home use only means this pinball has never been in an arcade or bar
Available Now - $6295!

This machine has VERY LOW PLAY- like brand new!!!
The game features many of THE SIMPSONS favorite characters on a two-level playfield, complete with game modes influenced by various classic SIMPSONS' episodes.

The object of THE SIMPSONS/PINBALL PARTYï¿½ is to help the citizens of Springfield to party like there's no tomorrow. The game features a talking-moving Homer head and Bart on a skateboard attached to a captive ball feature, as well as Itchy & Scratchy drop targets and Comic Book Guy. The garage door in THE SIMPSONS' house leads to the second playfield level which features a dot matrix color television, a monorail that transports the ball across the playfield and a couch that when filled with three pinballs starts multi-ball. 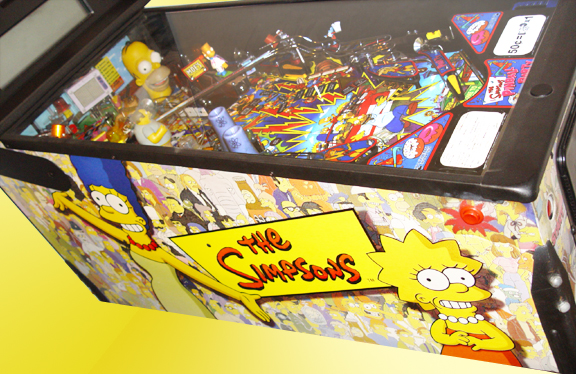 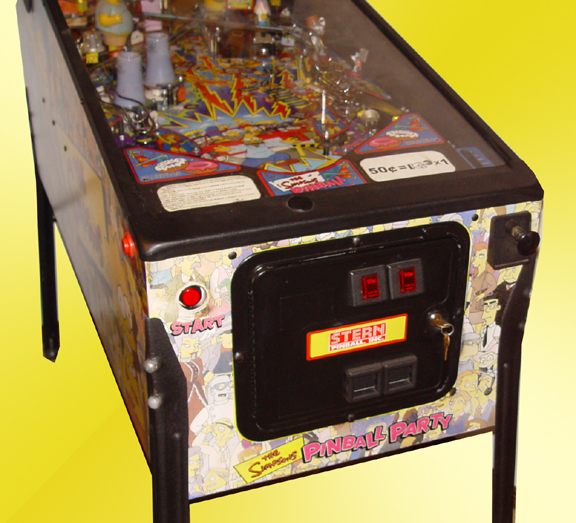 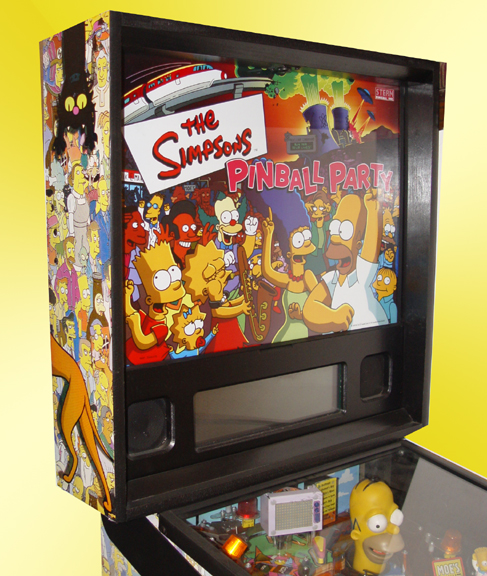 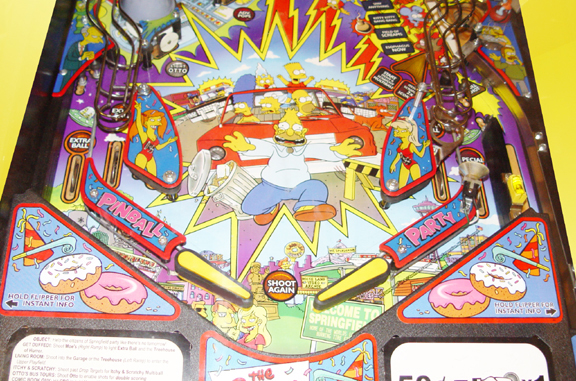 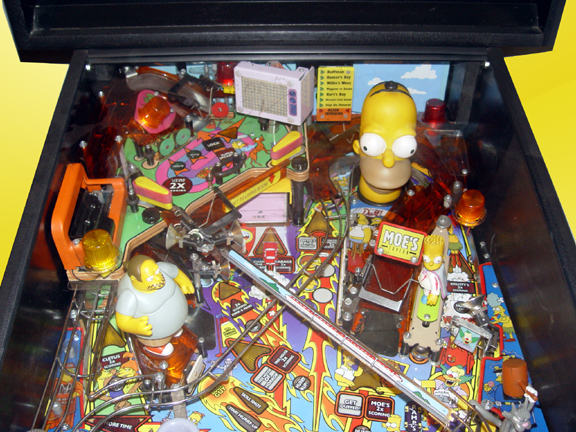 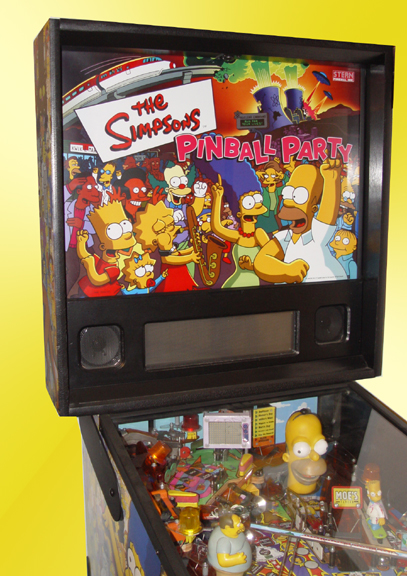