Stern Merging the speed of the racetrack with the speed of the silver ball, Stern Pinball, Pat Lawlor, and his team at Pat Lawlor Design, brings out another hit. NASCAR Pinball features the high energy of NASCAR racing along with the fascination of high-tech gaming. The new NASCAR Pinball game features cars from three race teamsthe No. 2 Miller Lite Dodge driven by Rusty Wallace® of Penske Racing South; the No. 29 GM Goodwrench Chevrolet driven by Kevin Harvick of Richard Childress Racing; and the No. 21 Motorcraft Ford driven by Ricky Rudd of Wood Brothers Racing. A primary component of NASCAR Pinball is the racetrack that encompasses the entire playing surface. Energized by magnets, the loop sends pinballs racing around like cars racing around a track. NASCAR Pinball also features a truck hauler that the player can launch a ball through along with a test toy car that the player can bang with the pinball. "NASCAR Pinball is a terrific simulation of the experience one gets while at the racetrack," said Blake Davidson, NASCAR's managing director of licensed products. "The speed and acceleration demonstrated by the race cars are displayed through the game itself." The Miller Lite logo is featured on Rusty Wallace's® 2 car. If any operator or homeowner is sensitive to this logo, Stern Pinball offers a replacement backglass for exchange that does not contain the Miller Lite logo. To obtain this backglass, please call the Stern distributor through which the game was purchased. Other features of the game include a voice over from Allen Bestwick, NASCAR television analyst for NBC, and recording artist Sammy Hagar's "I Can't Drive 55". 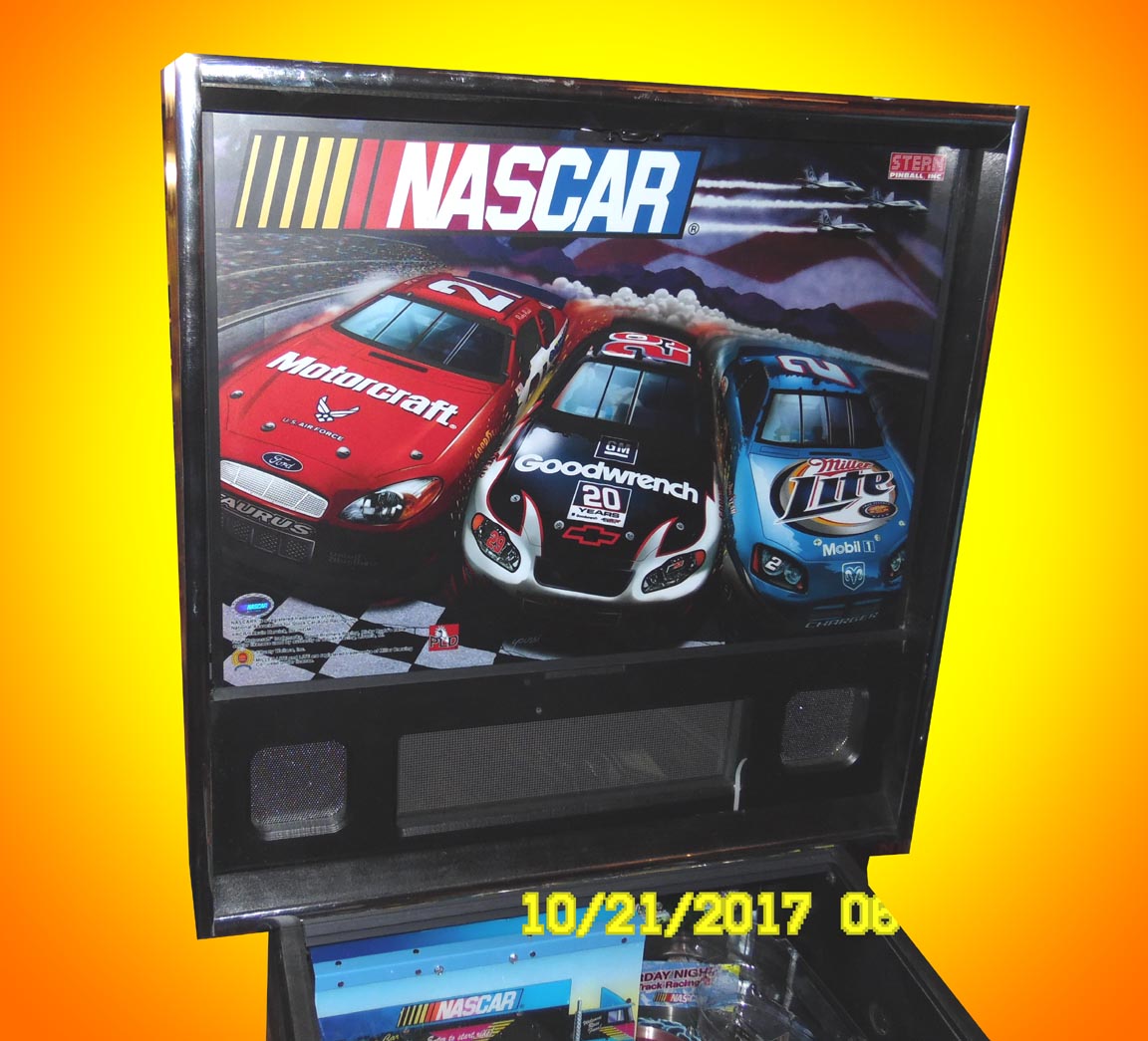 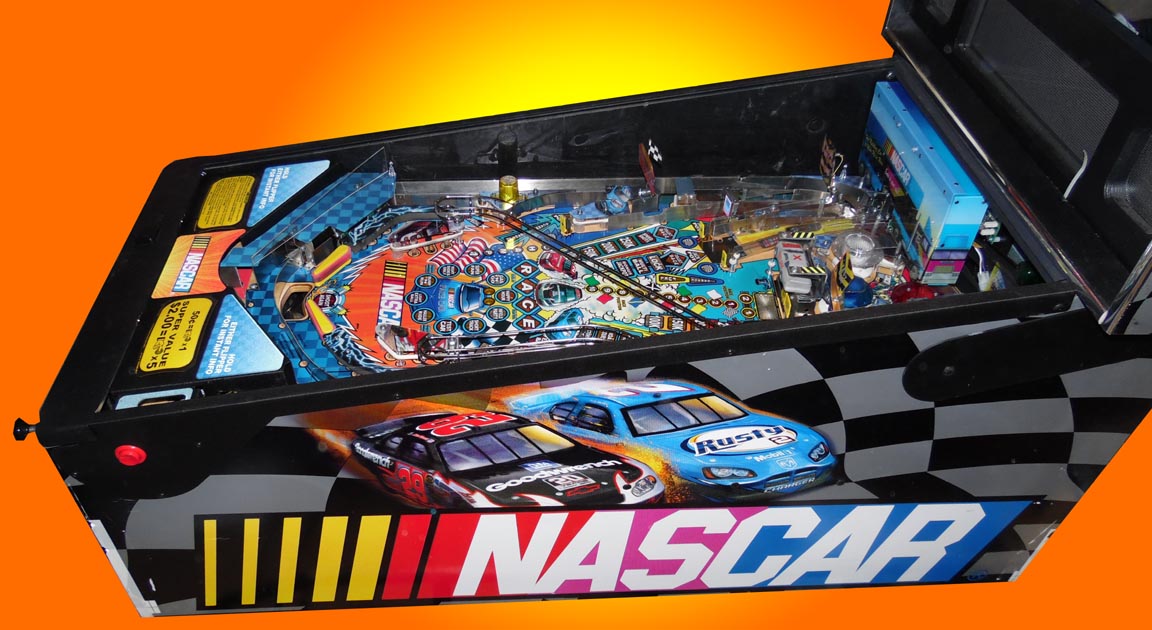 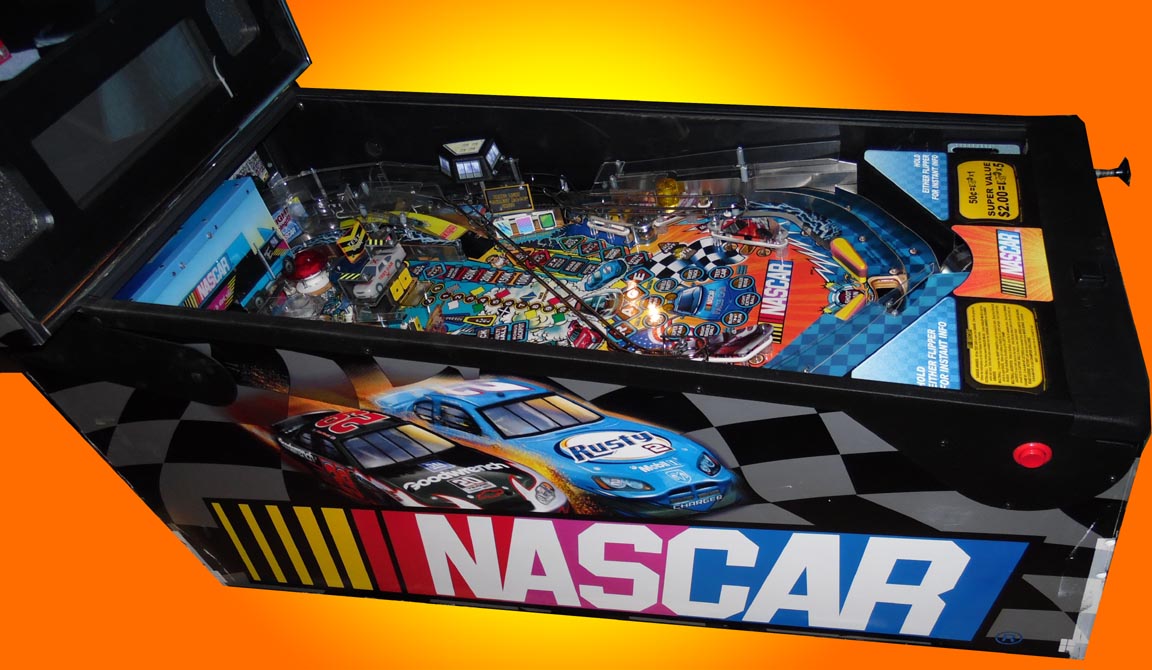 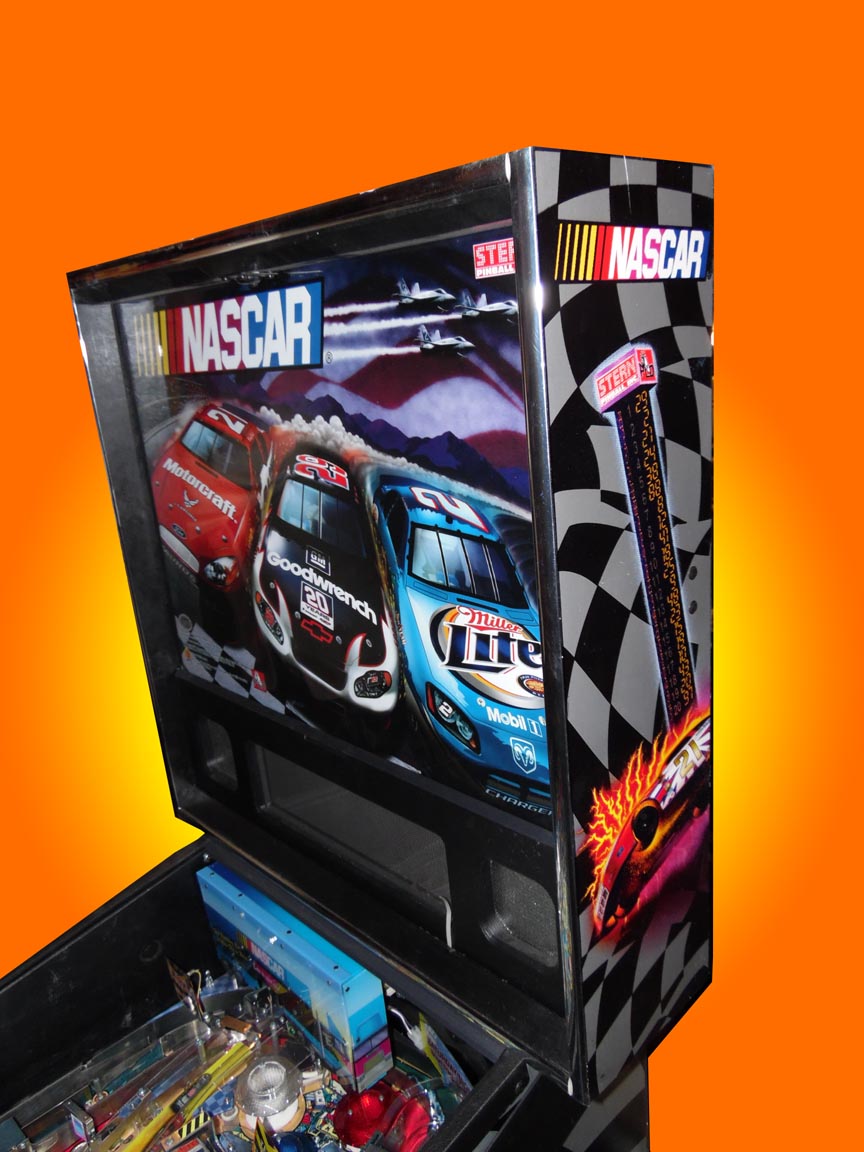 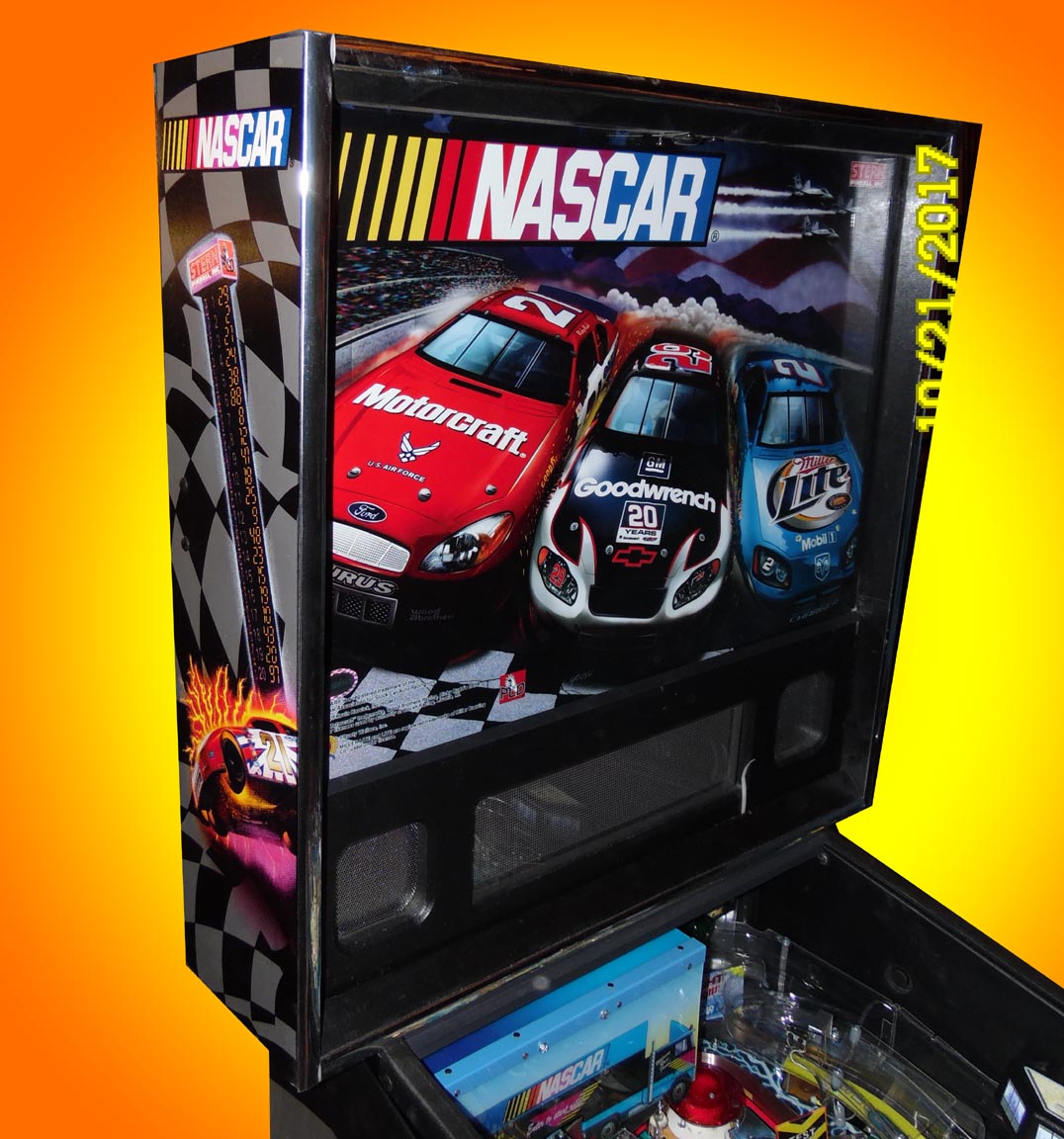 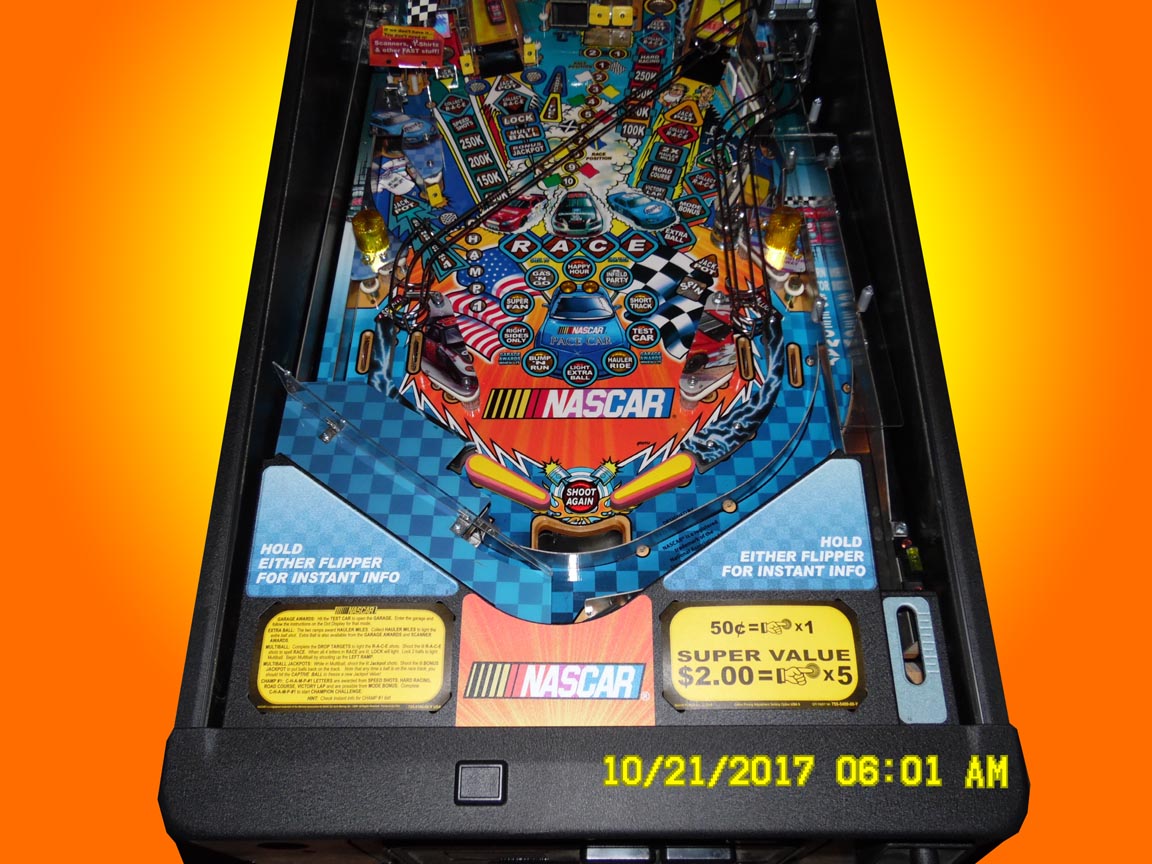 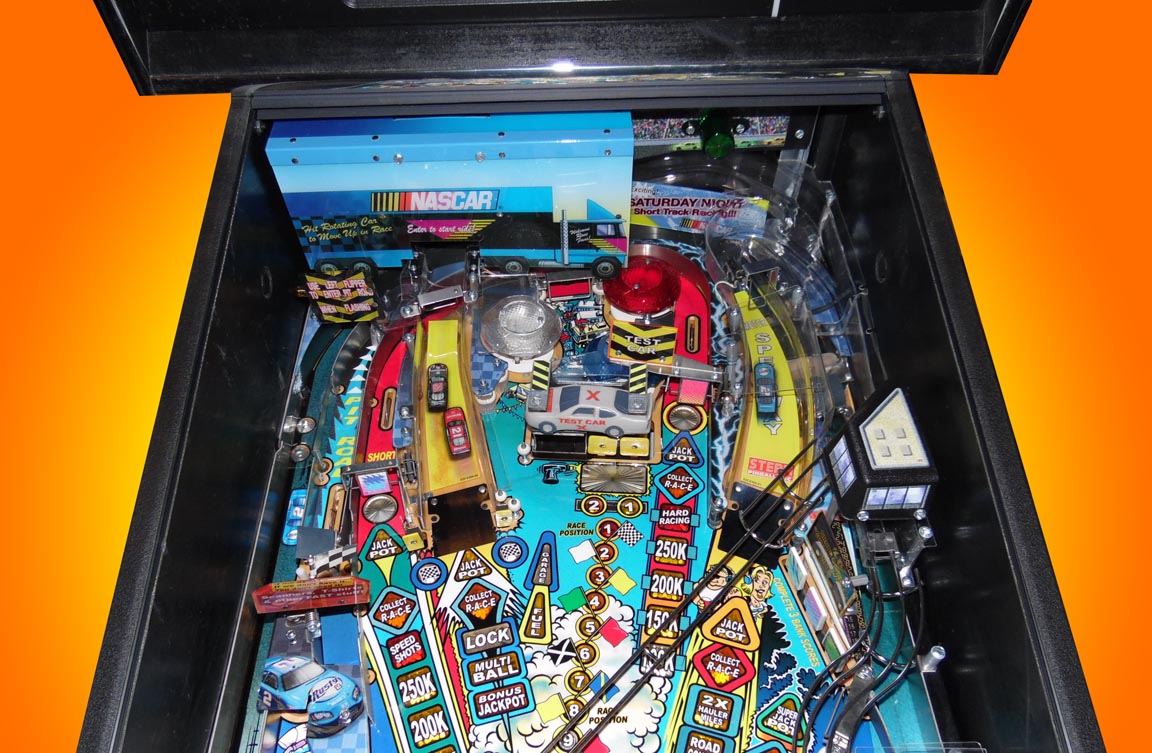 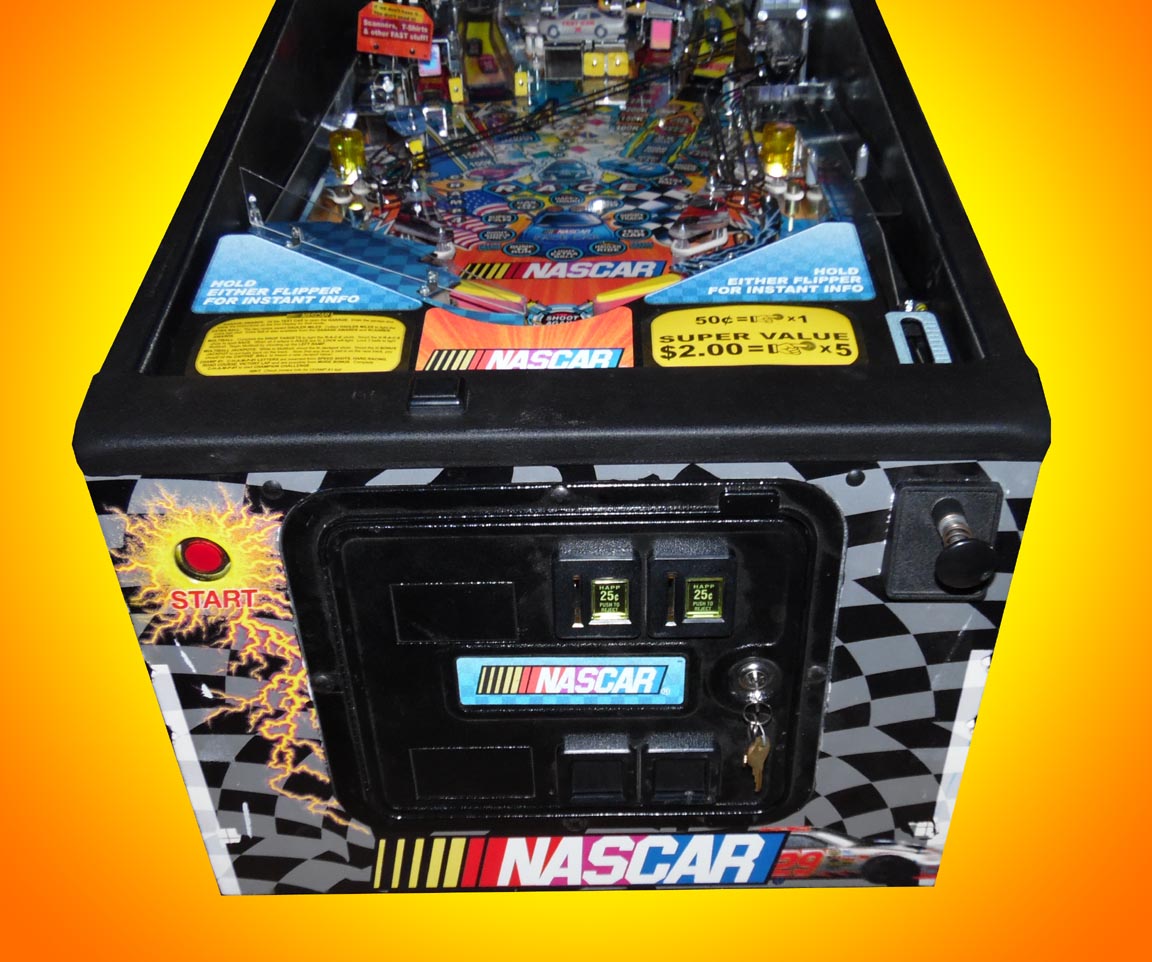