The great cult cappy television show has become a pinball!
Anniversary Edition pinball machine featuring the world famous Dynamic Duo of Batman and Robin. The game will immerse players in campy fun and heart-pounding action as the crime fighting Dynamic Duo comes to the aid of the Gotham City Police. Throughout the game, Batman and Robin work to deduce clues and discover super villain plots in an effort to thwart evil plans and capture bad guys. Players are guided through the game by the voices of none other than the original Batman and Robin, Adam West and Burt Ward. 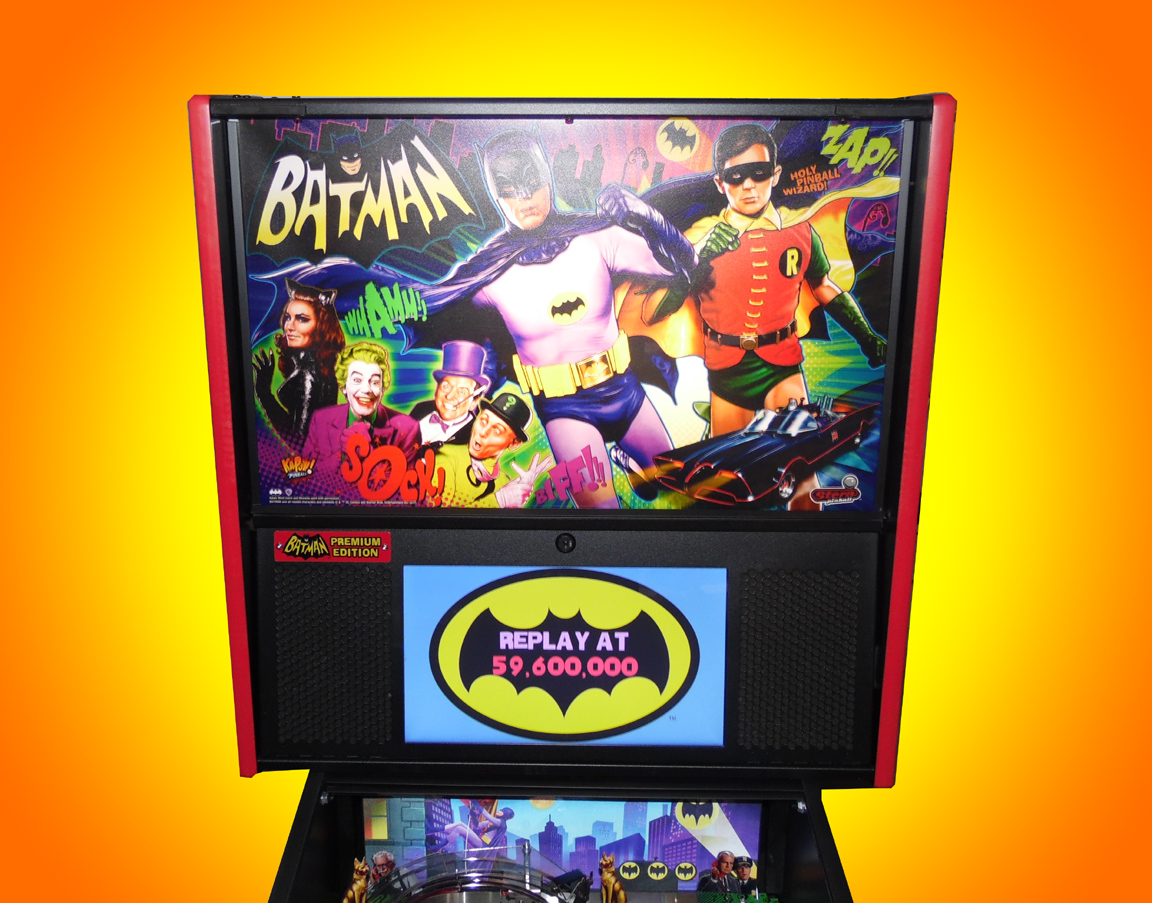 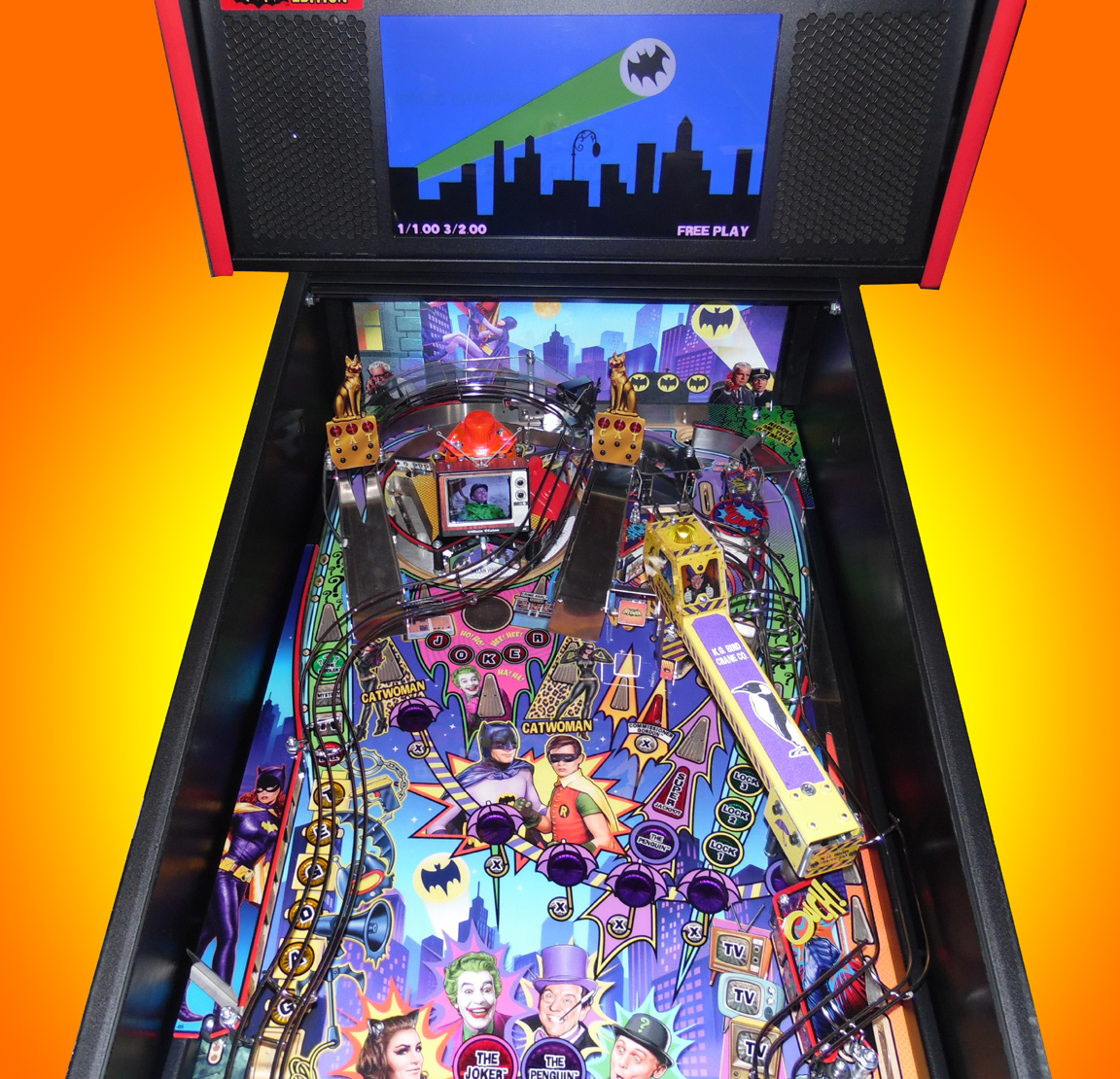 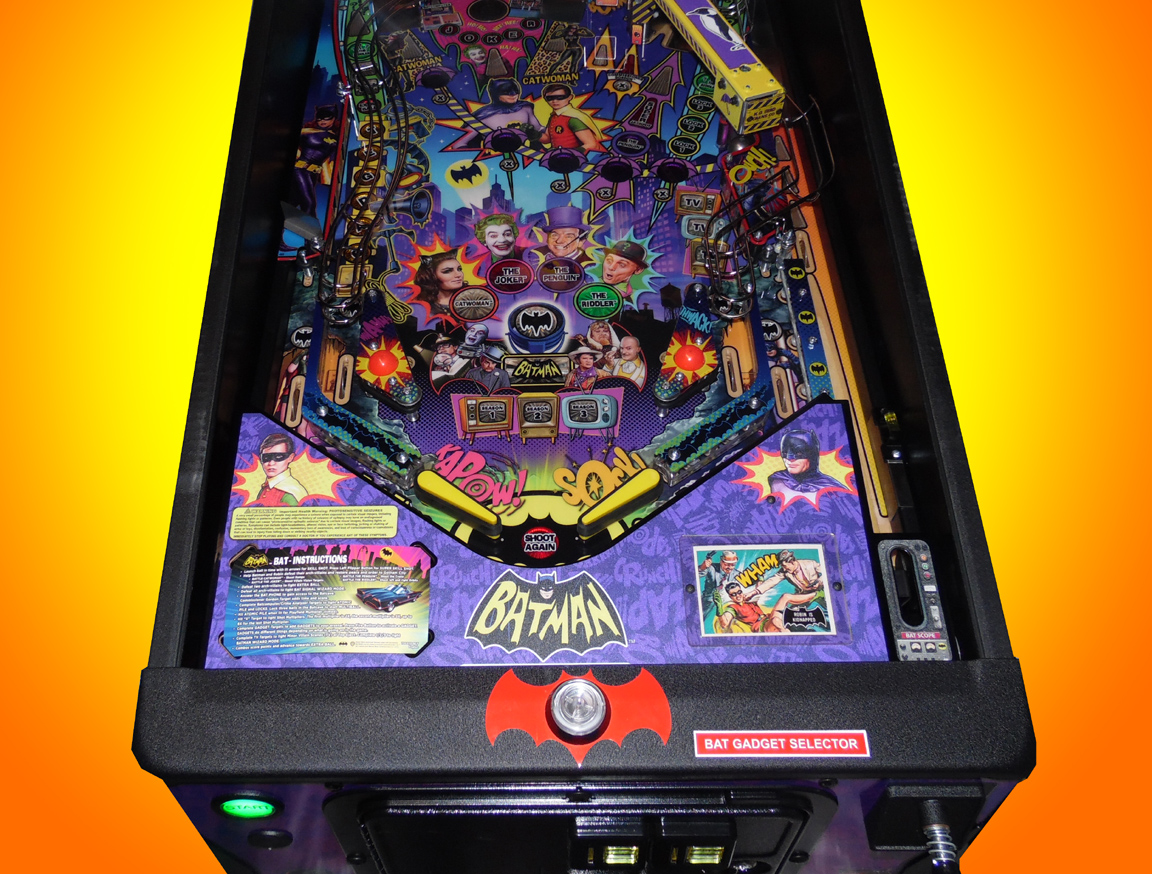 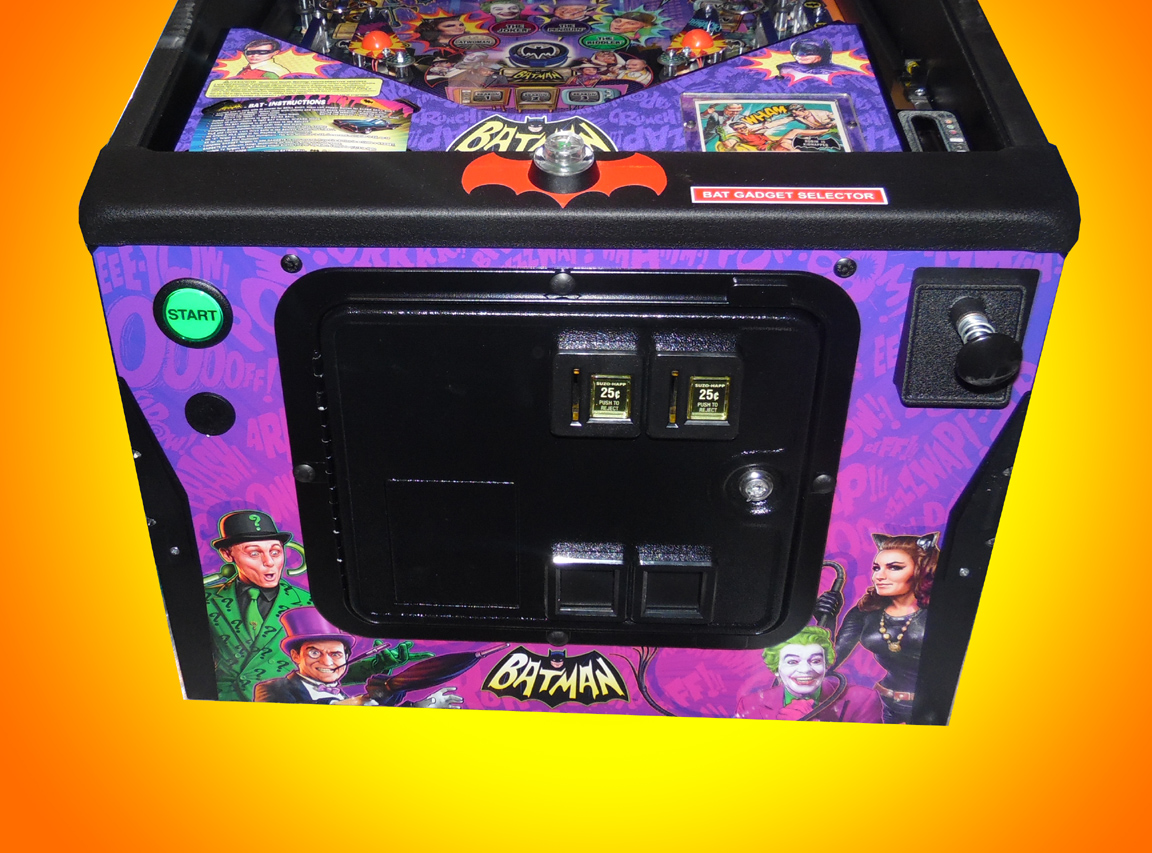 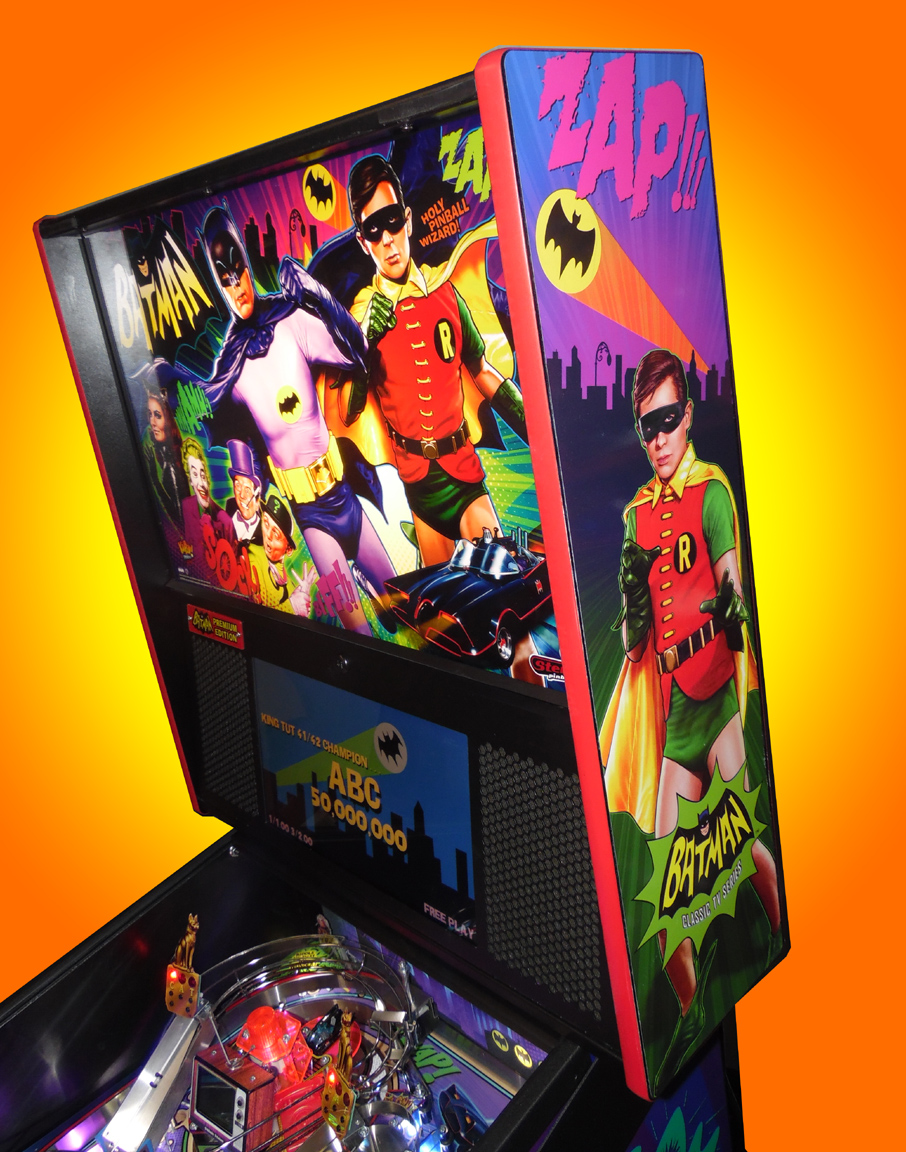 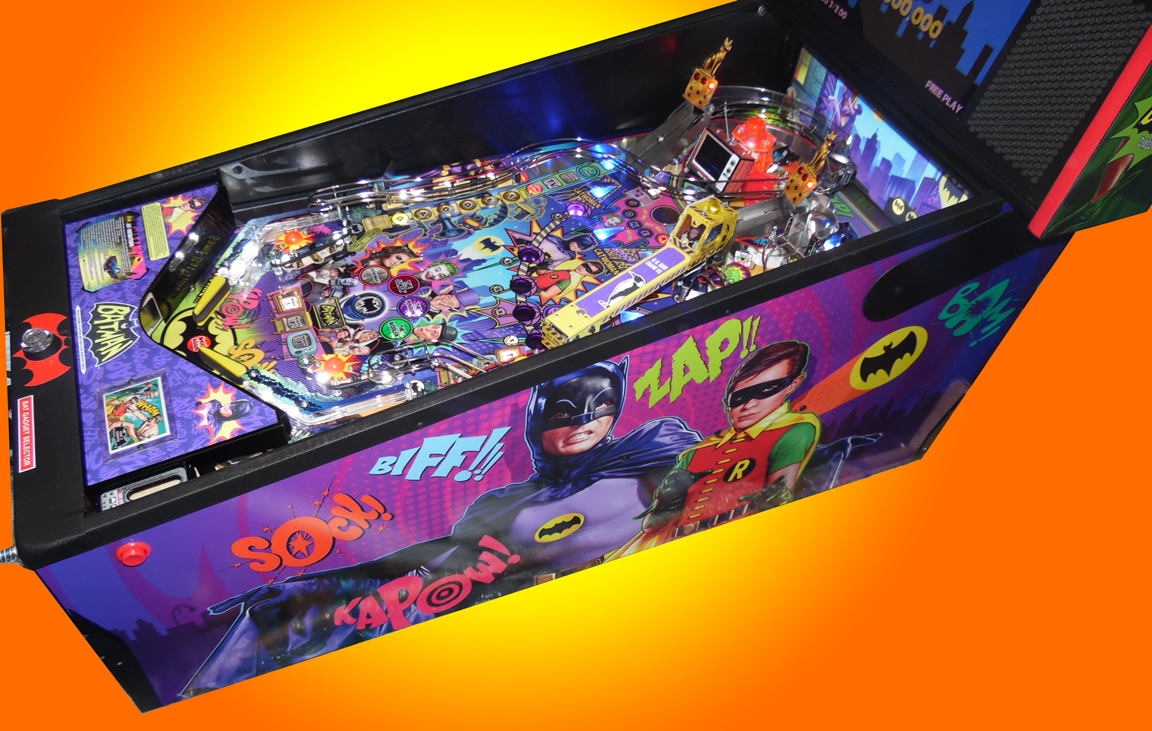 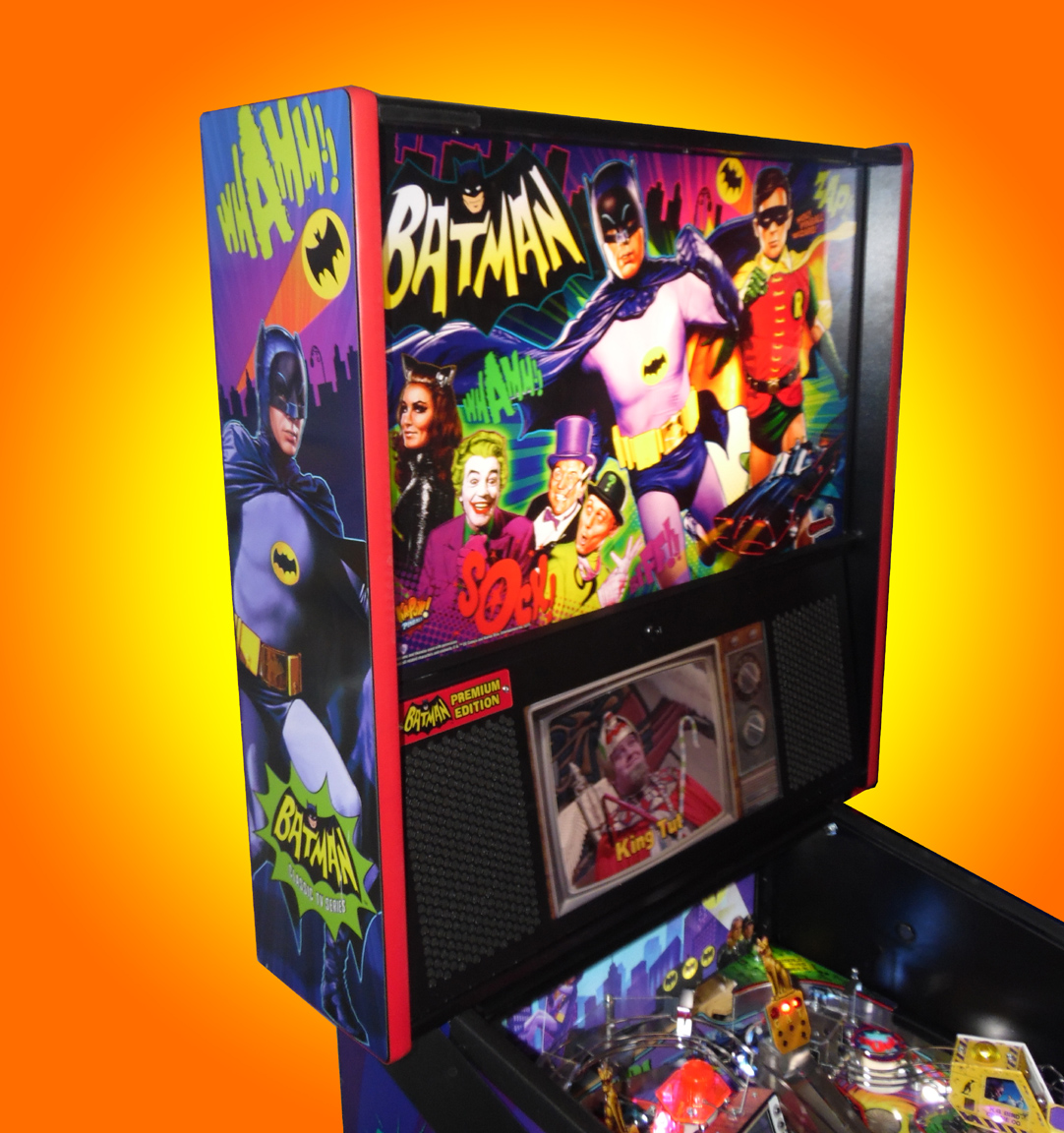 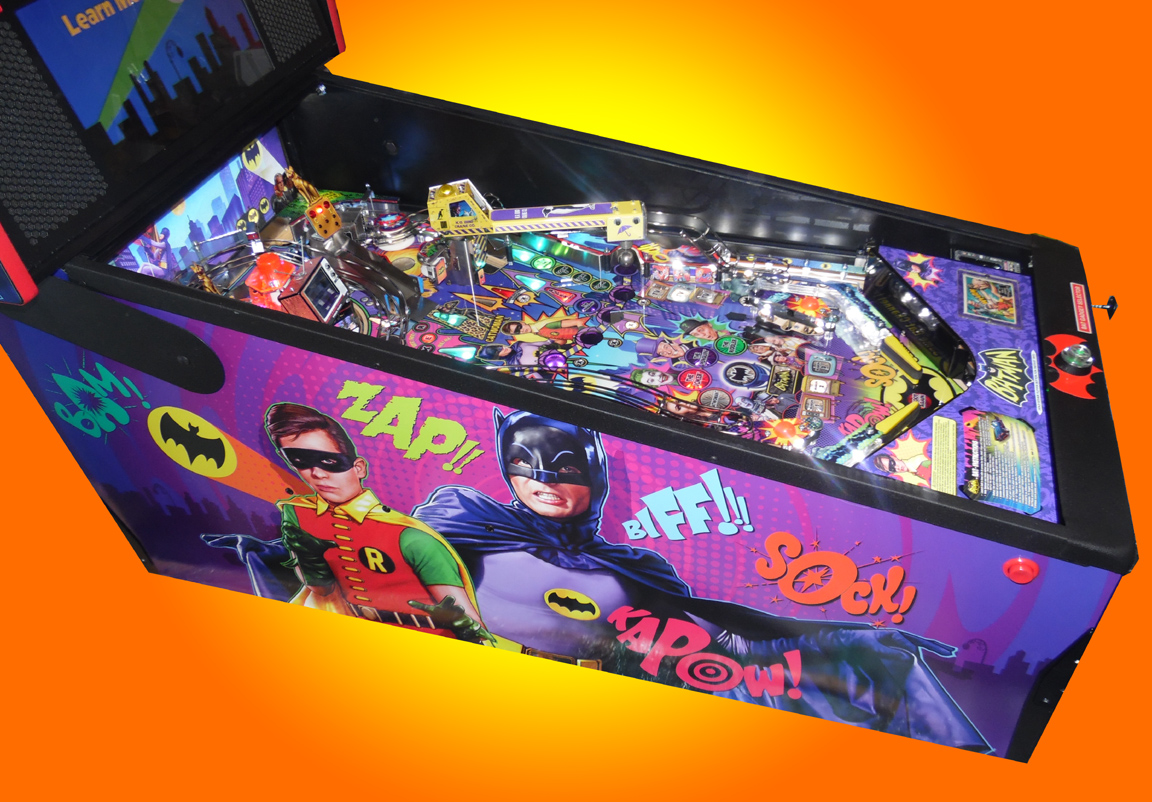