Stern 2012
Limited Edition
ONLY 250 MADE
Home Use Only

Featuring a 3-D backglass. The game play is based upon the James Camerons movie. Game play revolves around the AMP suit which is featured in the climax of the movie. It is a large mechanical figure on the upper right playfield which has animated legs which march up and down as you battle. Defeat the Colonel Quaritch figure which is inside the AMP suit, and the large mechanical figure falls forward.
The game also feature a transporter pod that has an added motor that allows it to open and close. The transporter pod act as a ball trap, and the additional feature for the Limited Edition model:

* The amp suit model does more than just fall down and lift back up. It has animated legs which march up and down.
* The transporter pod has an added motor that allows it to open and close.
* A shaker motor is included in the game.
* There are more models of the characters including a banshee over the ramp, Colonel Quaritch in his amp suit and Na'vi people over the N-A-V-I targets.
* There's a return to a metal bottom arch which has backlighting for new translucent blue windows.
* Metal playfield slide rails are also fitted in place of the pegs used on newer models.
* A white powerball is included in place of one of the steel balls, along with a sensor which increases scoring when the special ball is in play.
* New game rules and software is added to operate the new playfield devices and features.
* Chrome side rails, lock bar and hinges are installed 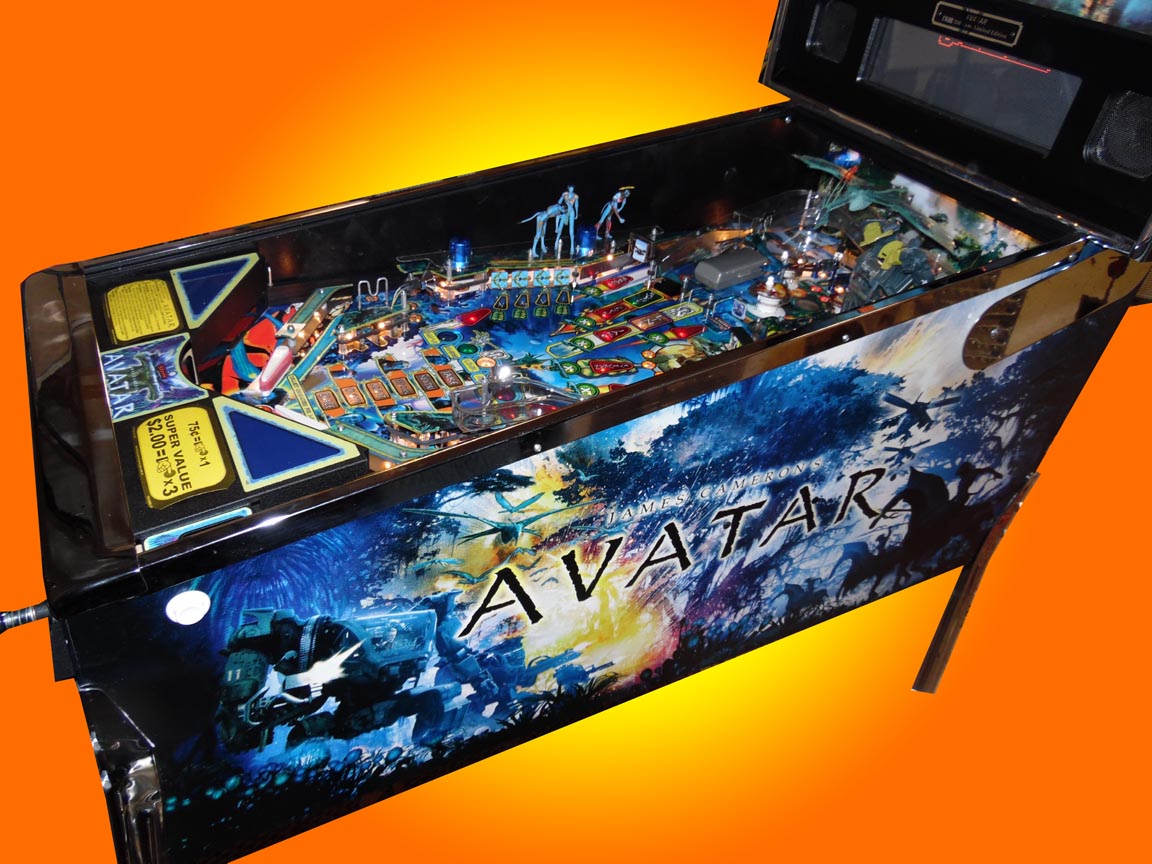 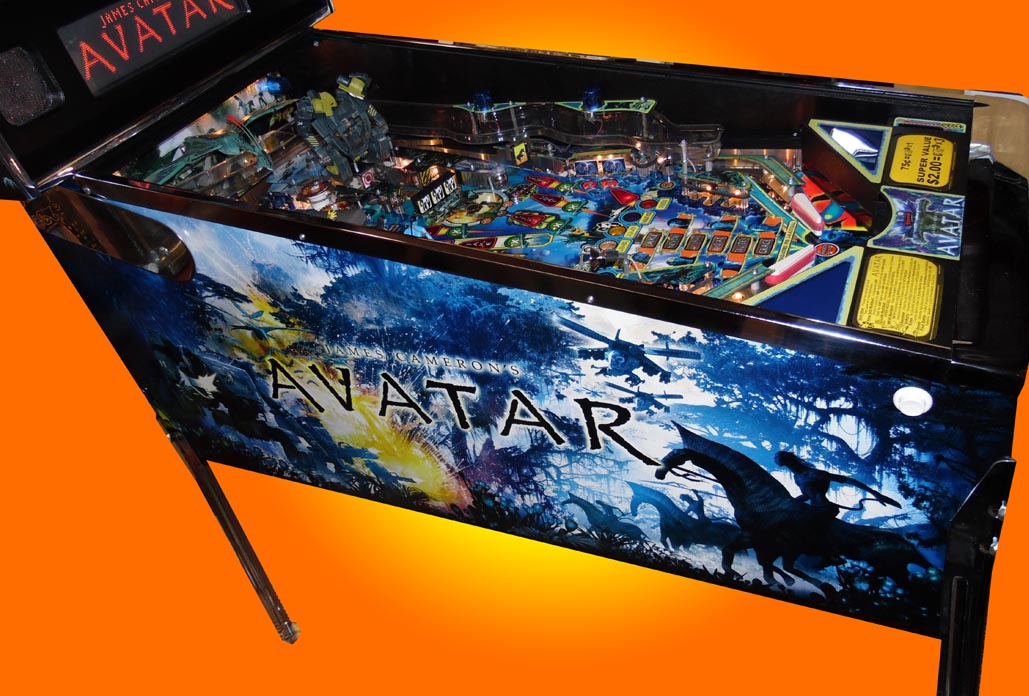 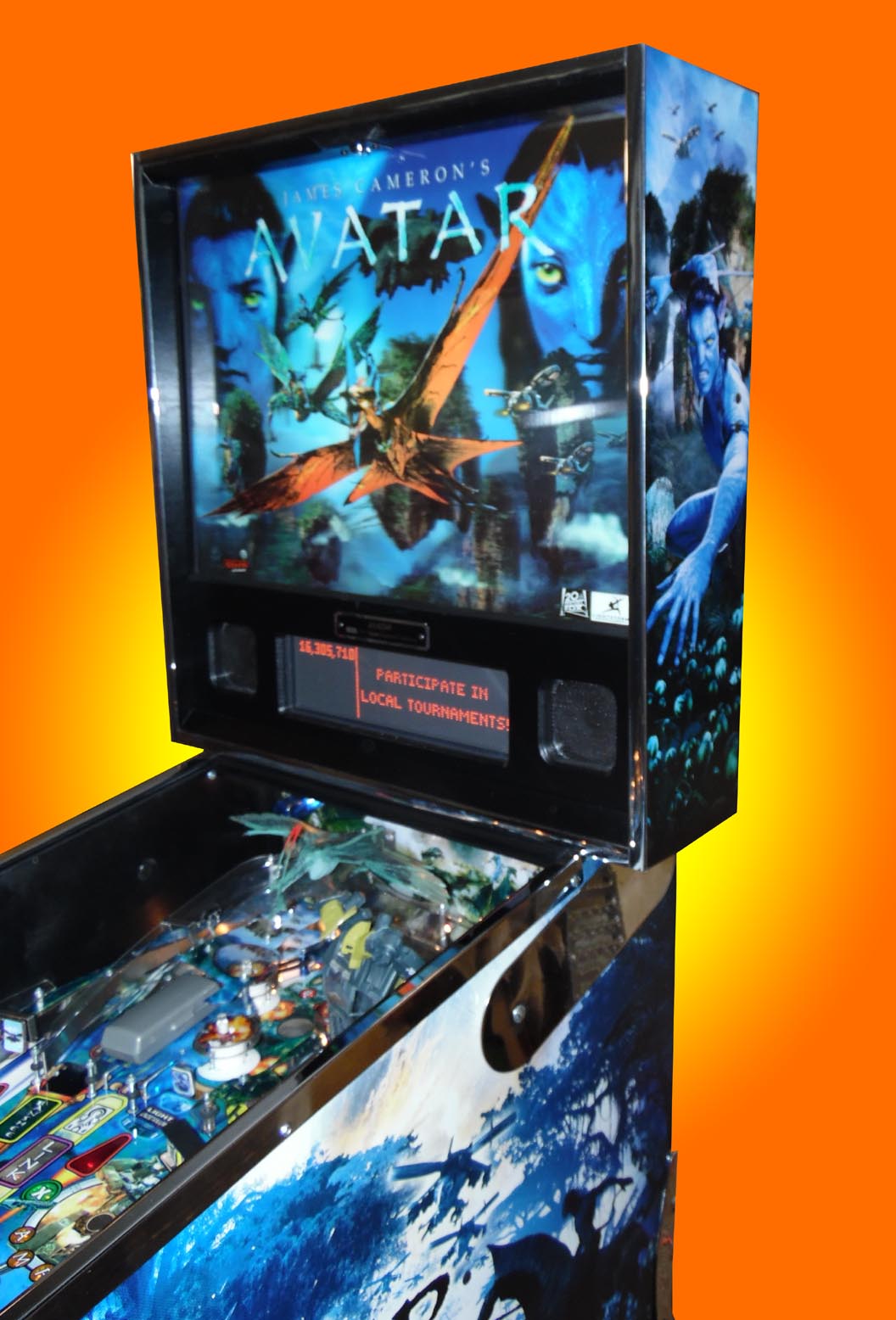 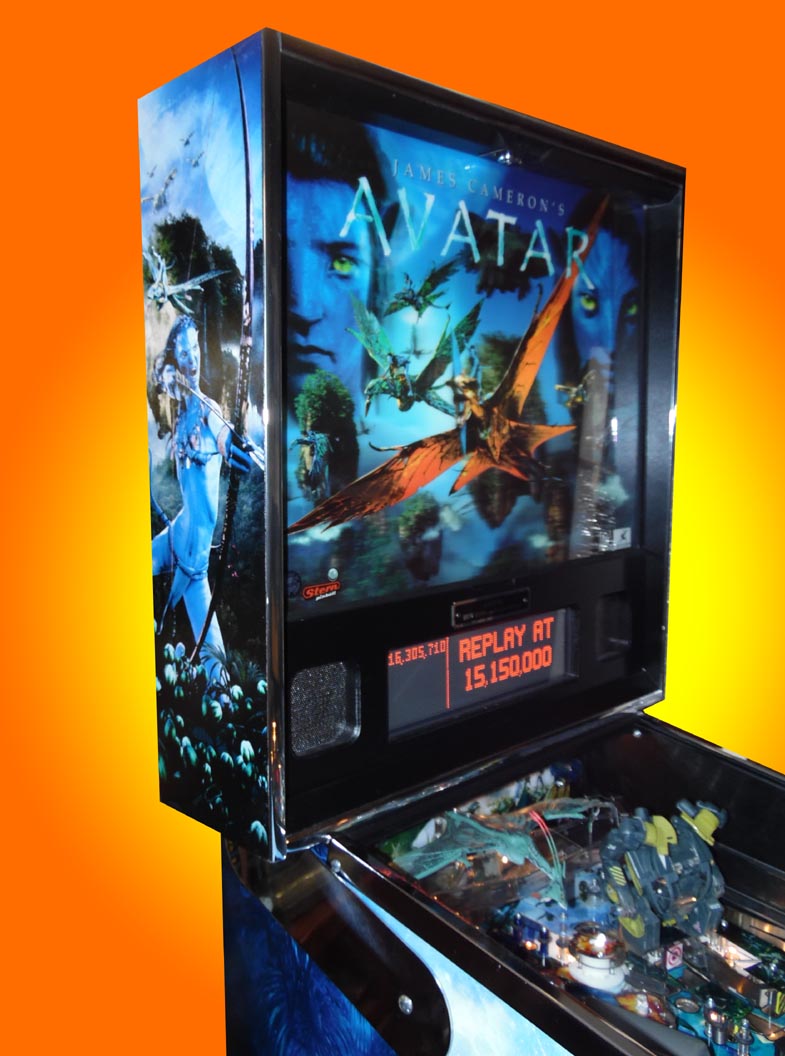 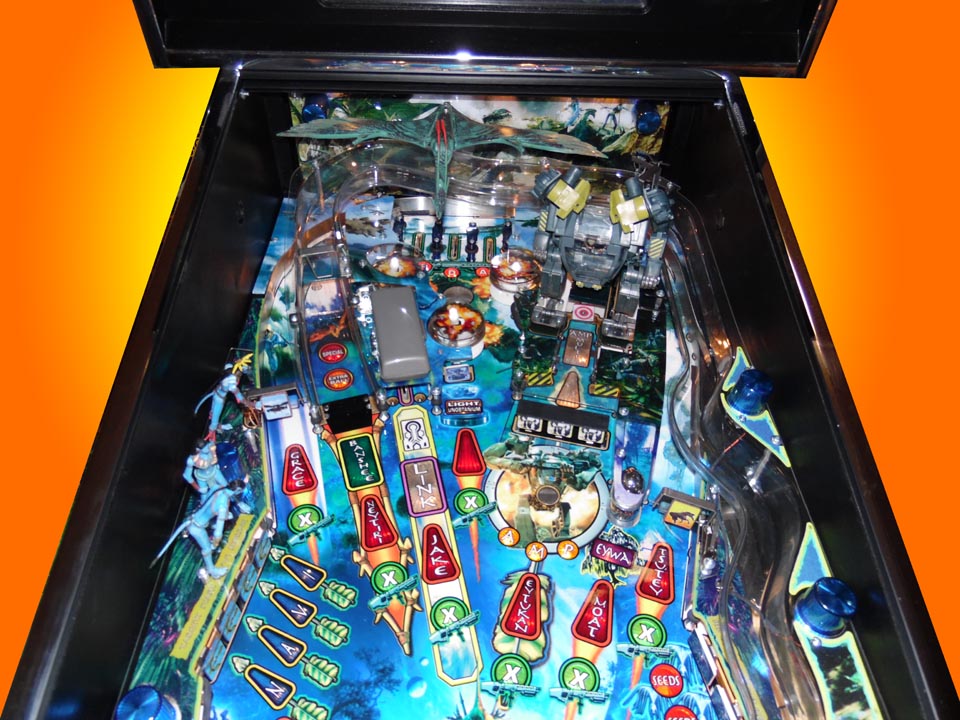 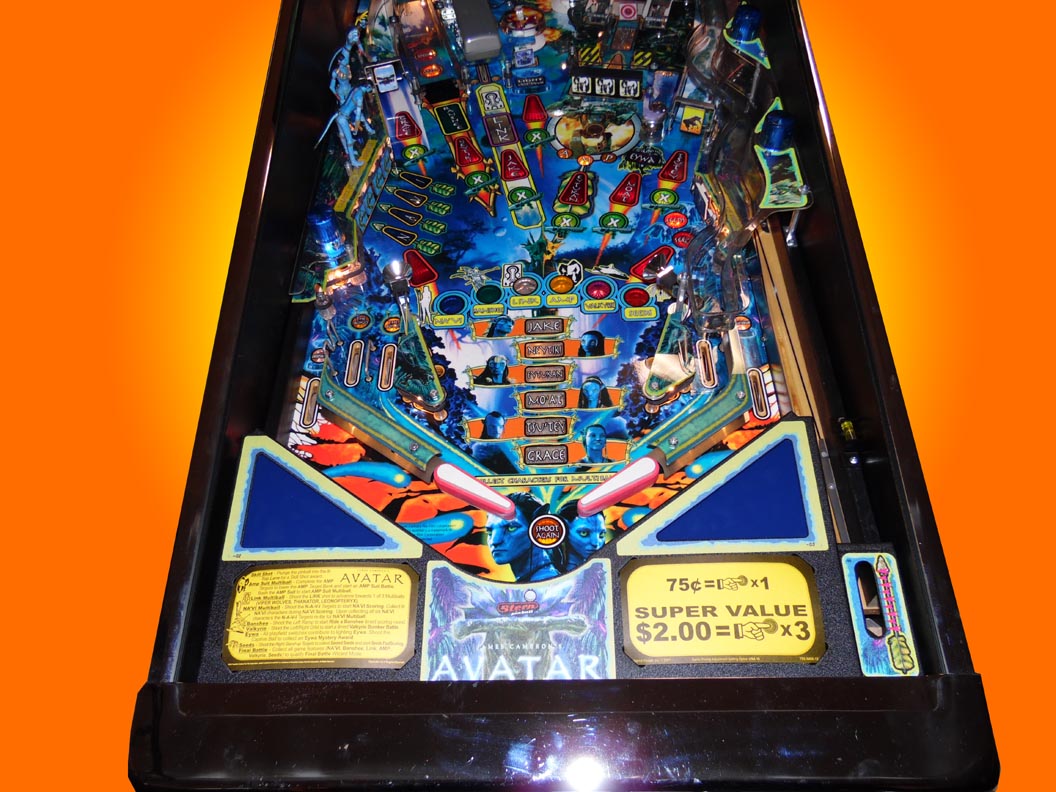 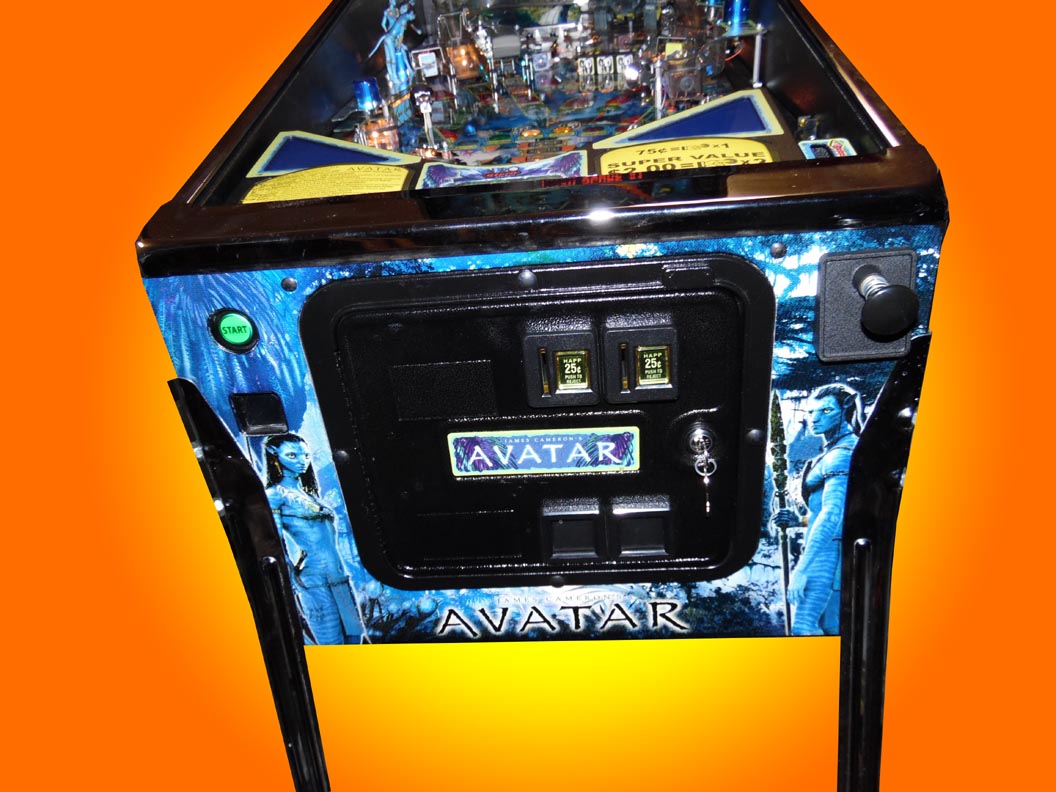 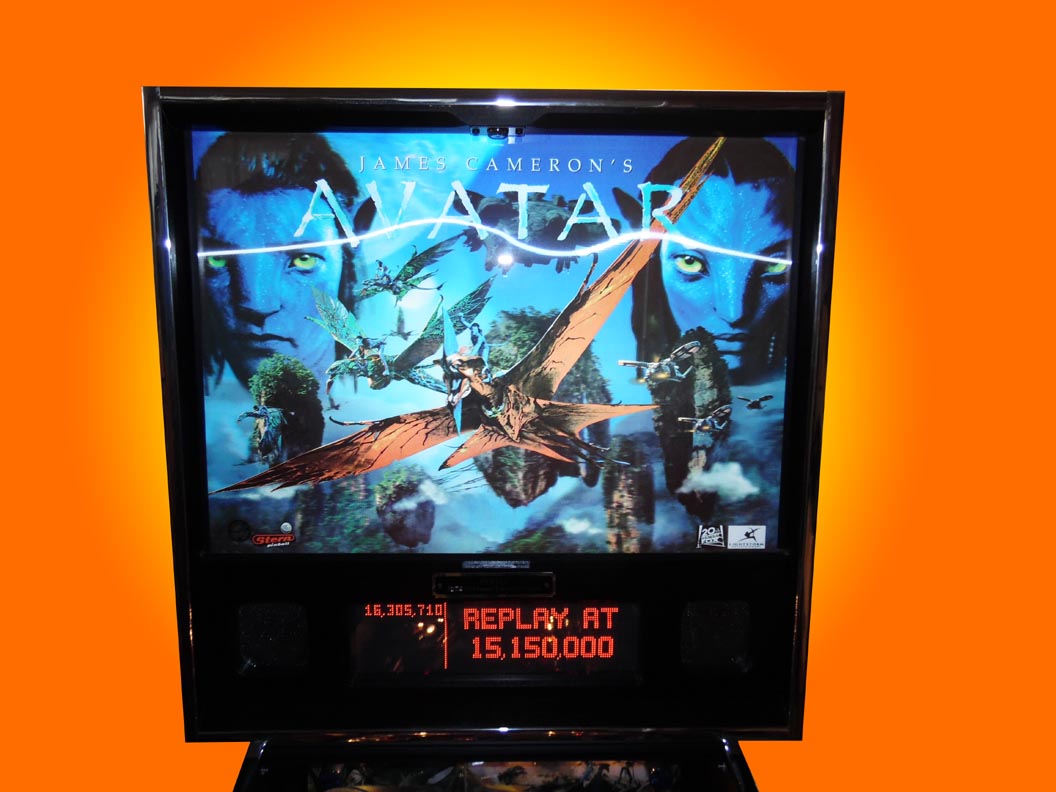