STERN 2015
WWE Wrestlemania calls players into the ring as WWE superstars embarking on a quest to become the WWE worldwide heavyweight champion.

Players train their wrestlers and then compete in a series of matches leading them on the road to Wrestlemania.

The WWE Pro and the Limited Edition machines feature an innovative upper pinball playfield wrestling ring. With the flipper buttons, players control two Slammer slingshot-style kickers in the ropes of the ring. Completing the three drop target bank starts a wrestling match. Players rack up points and pin opponents in the ring by shooting into a kick out hole. Keeping the ball in the ring and hitting as many targets as possible will advance players through the match. Multiple ramps guide the ball throughout gameplay, while brilliant lightshows highlight the all LED playfield. Ten licensed songs include intro music for wrestlers that players choose. WWE announcers Jerry The King Lawlor and Michael Cole add play by play excitement. 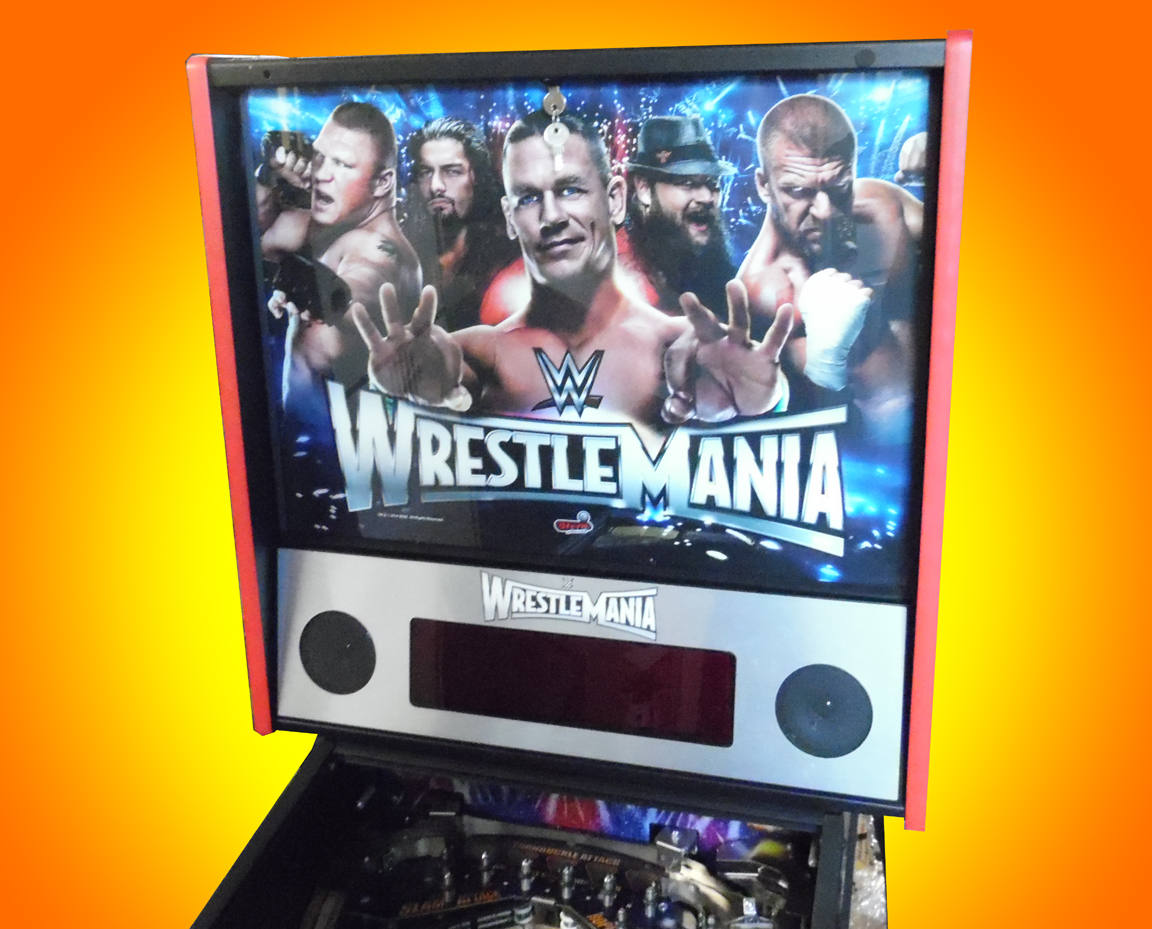 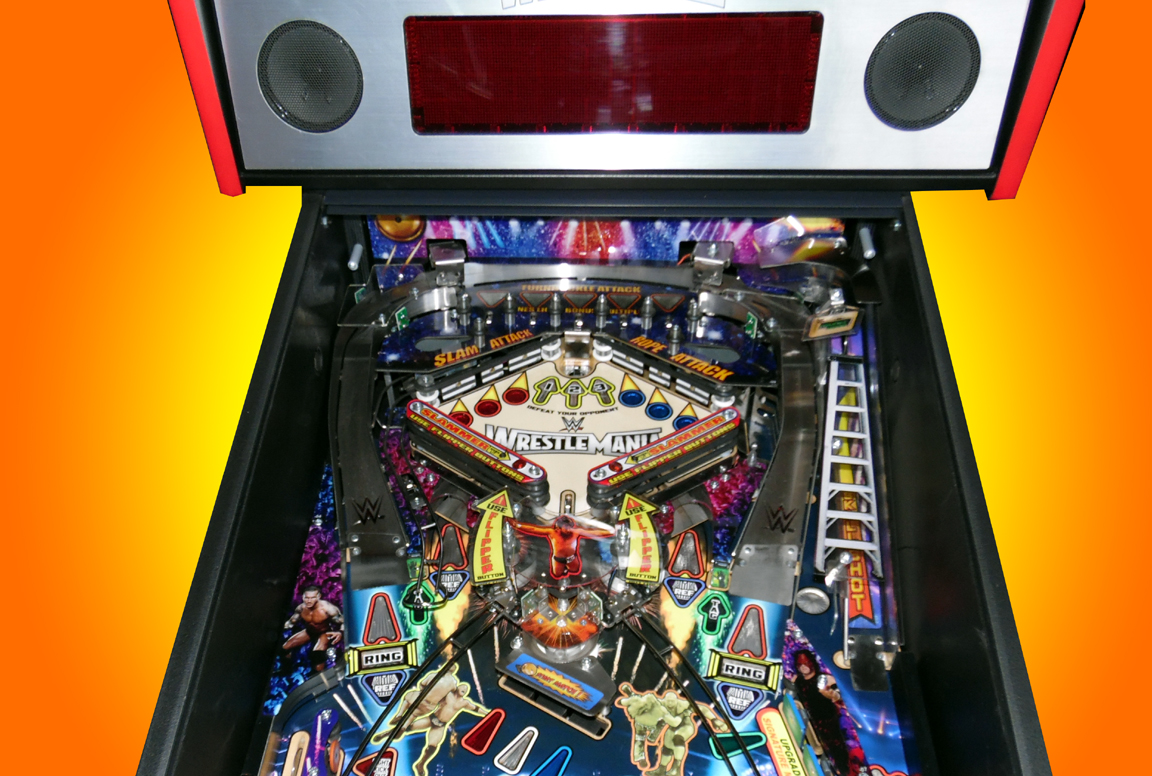 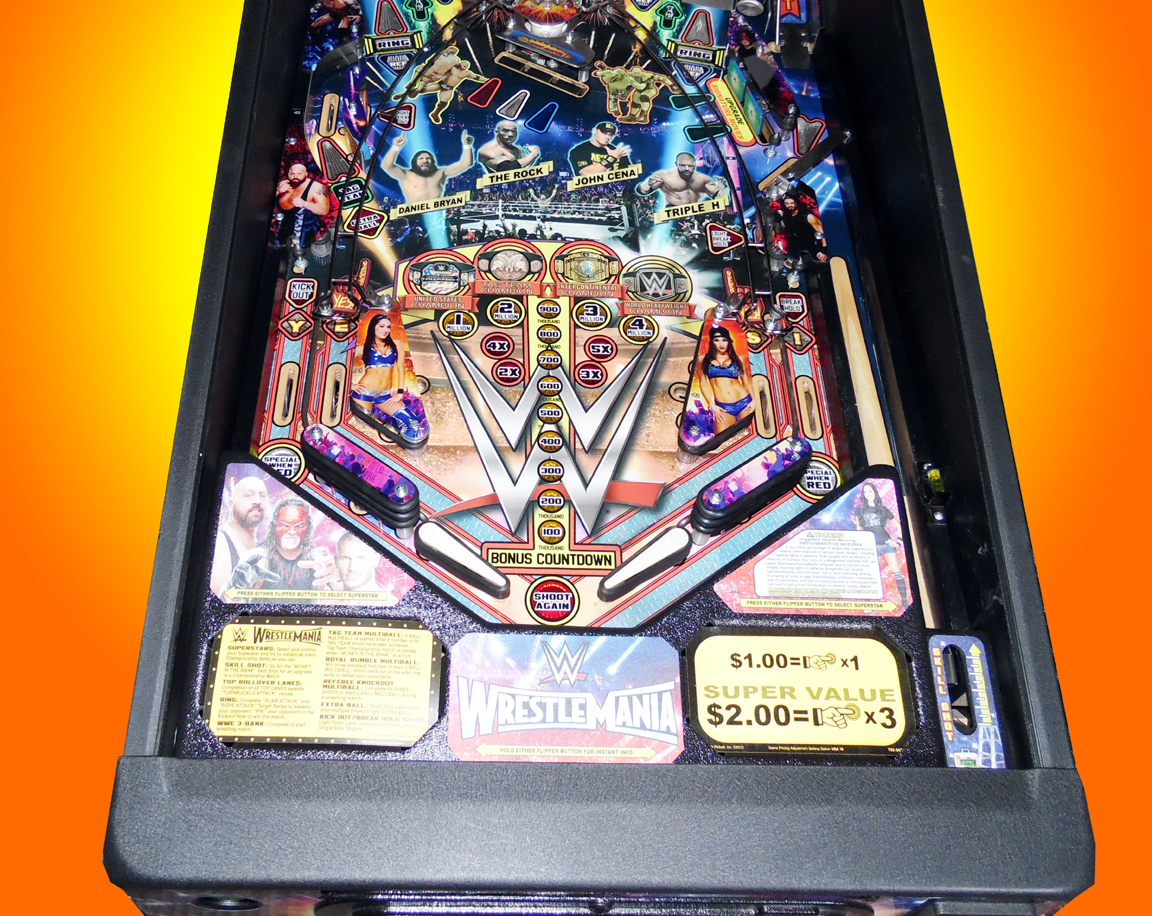 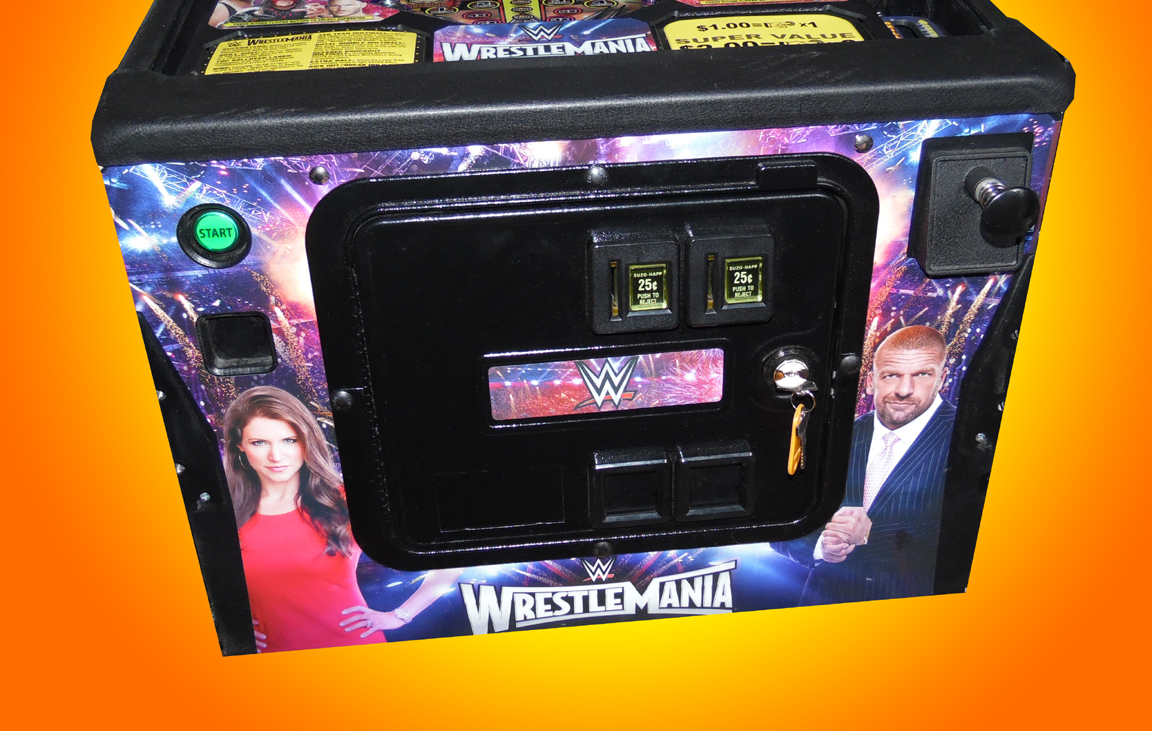 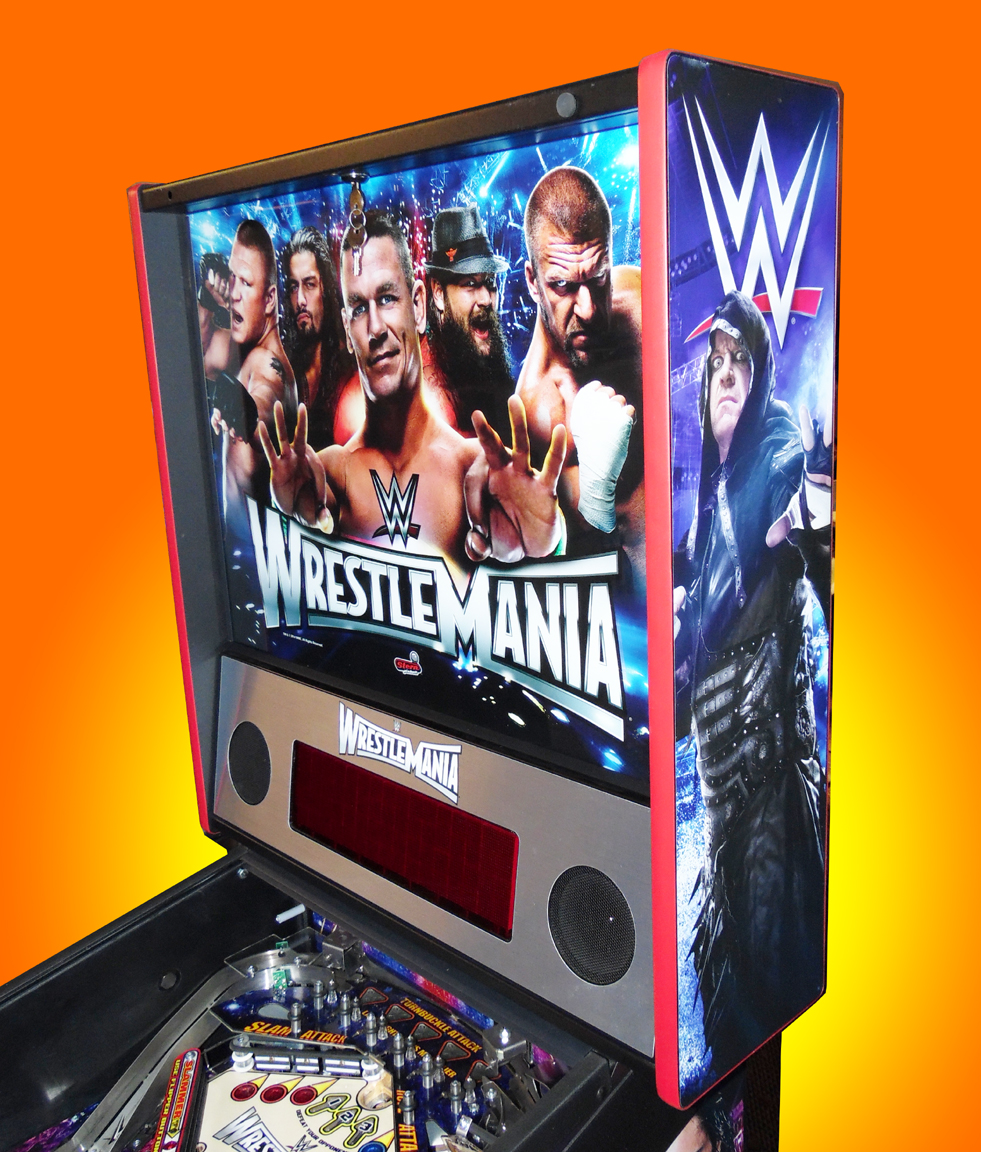 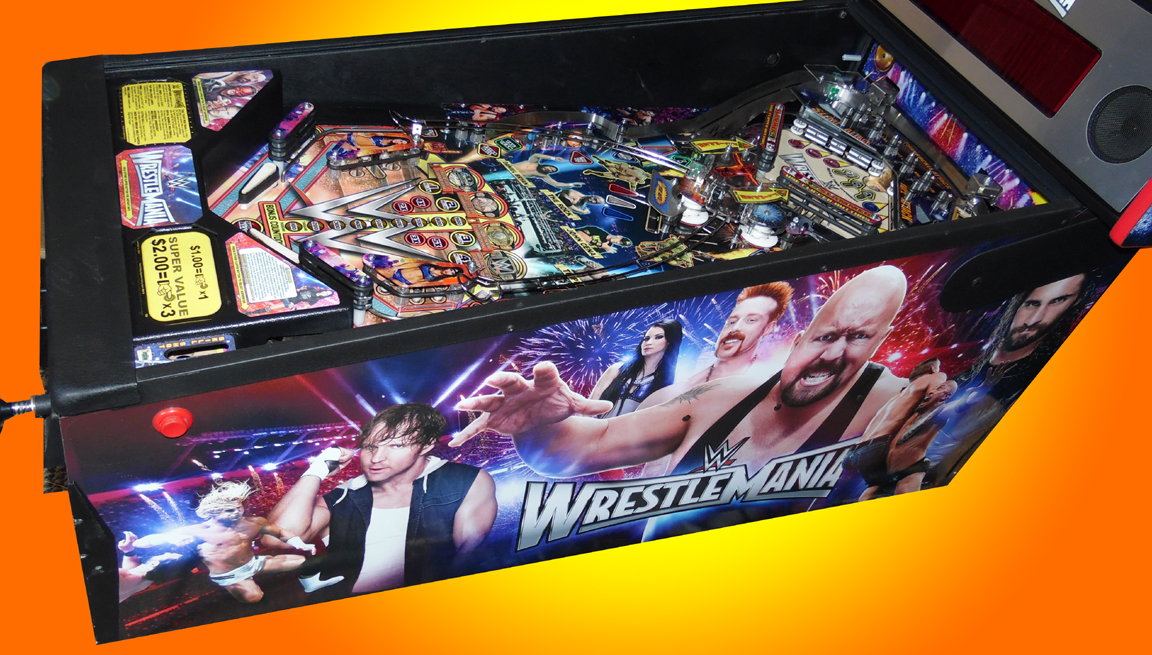 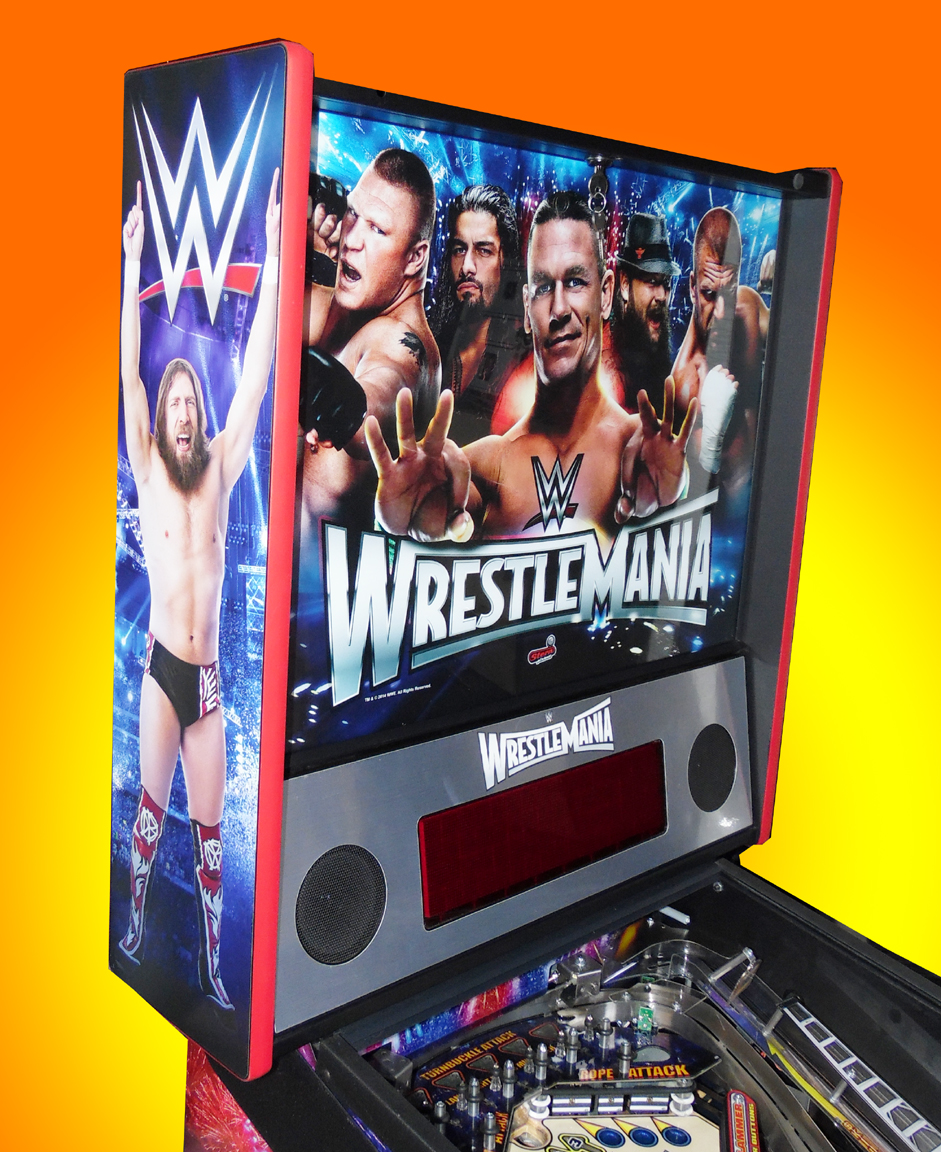 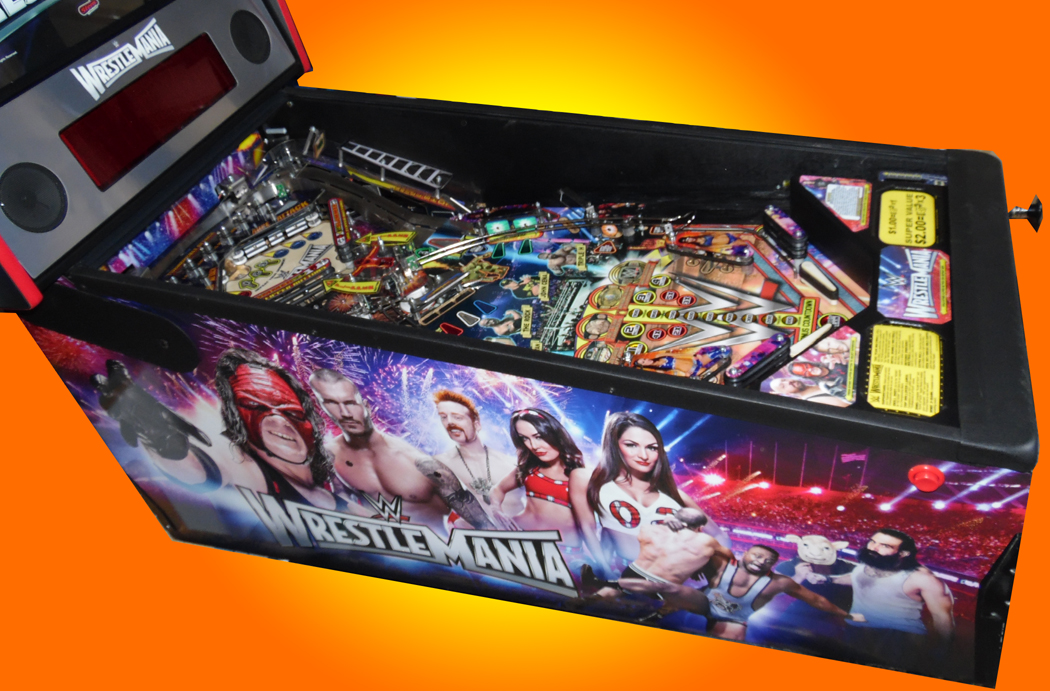